From December 17-20 I had the chance to chase Pacific island and Asian DX from an ocean side beach alongside my motel in Kona on the west coast of the Big Island of Hawaii. My DXing gear was a new 7.5" (19cm) loopstick C.Crane Skywave SSB Ultralight radio and a TSA-friendly 5" (13cm) diameter "Frequent Flyer" FSL antenna. This was a compact FSL specifically designed to fit in hand-carry luggage, and pass easily through airport security checkpoints. Despite the compact size, it provides inductive coupling gain roughly comparable to that of a 4 foot (1.3m) air core box loop. The modified portable was able to track down several "big gun" TP's all by itself at S9 levels, but the 5" FSL made all the difference in digging out the weaker stations. Because of RFI in my motel room all my DXing was done at an ocean side lounge area on the Royal Kona Resort property—a somewhat curious arrangement that drew some stares from those who had never been fortunate enough to get hooked on ocean beach transoceanic DXing.

Of course Hawaii is much closer to several exotic Pacific island stations than the North American west coast, so checking out the signals and formats of stations like 540-2AP in Samoa, 621-Tuvalu, the newly rejuvenated 846-Kiribati on Christmas Island, 1017-A3Z in Tonga, 1098-V7AB in the Marshalls and 1440-Kiribati on Tarawa was a high priority. All of these are routine DX catches in Hawaii, although during December they usually had only a couple of hours after our local sunset before getting hammered by overwhelming signals from the Far East.

The term "chase DX" was a little misleading for this trip, since I was pretty much swamped with huge Asian signals from 0730-1030 UTC every evening-- to the point where sunrise TP-DXing was foregone because my digital recorders were already becoming maxed out. The stampede of Asian signals every evening resulted in pretty wild snarls with the Pacific Island DU's, as well as potent mixes of Japanese, Chinese and Korean stations. South Korean "Beehive" jammers added to the confusion on 801, 819 and 855, while two Chinese stations and the NHK1 Synchros were fighting it out on 837. Trying to sort out and identify all the Chinese stations was impossible in the confusion, and even the idea of sending out some type of coherent daily TP-DXing summary seemed impossible because of the large number of wild Asian recordings. Several frequencies were so snarled that even the recordings didn't help. The only strategy that could work was to "record like mad" in Hawaii, and then upon return home write up a detailed summary after extensive file review.

After all the dust had settled, the overall results from this lightweight DXpedition went well beyond expectations, with reception of several Asian stations which apparently hadn’t been heard on the west coast of North America for quite a few years--  and a few which don’t seem to have been heard there at all (the South Korean jammers on 801 and 855, and the relatively new 1611-DWNX). The freedom of DXing with a highly portable FSL antenna allows a DXer to quickly set up almost anywhere to follow exceptional propagation-- and the west coast of the Big Island certainly delivered it during this trip! Even though the “Frequent Flyer” FSL is relatively compact and lightweight, Hawaii’s ocean-boosted propagation kicked in like a turbo boost, making it seem like I was on the east coast of Asia at times. After carrying my portable DXing gear down to the ocean beach each evening, I enjoyed three of the most exciting TP-DXing sessions anyone could ever hope for.

The loggings and recordings listed below include several powerful stations which maxed out the Ultralight portable's bar-graph S-meter, which are identified with a double asterisk (**). For anyone feeling bored with his AM-DXing hobby, I strongly recommend a trip to Hawaii as the ultimate, permanent cure!

612  UnID   Female-voiced English speech and unusual music at 0904 on 12-18; Chuck and Mauno have suggested ABC (4QR) as a possible source, and although no other Australian stations showed up during the trip, that seems like the most likely possibility  https://dreamcrafts.box.com/s/wap9svgfchami7n4s1iop4z2z5cjjgki

**621  China   (Heilongjiang?)   This prolific station was one of three powerhouses (along with North Korea and Tuvalu) which made the frequency a snarling mess on most evenings. It seemed to get a major boost whenever it was competing with Tuvalu, such as at 1002 on 12-18  https://dreamcrafts.box.com/s/w4ulfpkb1dbwou2rrjg3ncpnar56mrar  When it was all alone it was somewhat more sedate, as at 1010 on 12-18  https://dreamcrafts.box.com/s/7yjilvl4v0vbp8fqskagxtz48ql62e5t

**621  Pyongyang BS/ Voice of Korea   Chongjin, N. Korea  (500 kW)   The buzzing transmitter of N.K.'s Japanese service had serious power, snarling both Tuvalu and China at times. The usual North Korean music was played, with robotic Japanese announcers voicing adulation of Kim Jong Un and his ancestors. This typical music was at 0850 on 12-20  https://dreamcrafts.box.com/s/rhfksf381csgtohluxt3e97tjf79fshm

**621  R. Tuvalu   Funafuti, Tuvalu   (5 kW)   This station had very strong signals until around 0800 on most evenings, when it began to be pestered by Chinese and N. Korean co-channels. It also came down with a garbled audio issue on December 18th, which continued to get progressively worse until I left Hawaii. Sign off time is still around 1006, but by that time it ran the gauntlet of powerful Asian co-channels during the December propagation.

Local employment offers read by the usual lady announcer at an S9 level at 0750 on 12-18. This was the last undistorted audio signal recorded from the station during this trip; after this the audio went "south"  https://dreamcrafts.box.com/s/8w8ht0f9k2j87dok77ho23msxoidqgy6

Guest speaker in Japanese-accented English, followed by local island-type music at 0835 on 12-18-- the first sign of audio distortion  https://dreamcrafts.box.com/s/izdocq942897mvdxoa0xjksufztnh46d

Full Radio Tuvalu sign off routine at 1003 on 12-18, but with some China QRM initially. Tuvalu's signal prevails during the national anthem, but the audio distortion is quite noticeable. The carrier apparently stays on for over a minute after the audio stops https://dreamcrafts.box.com/s/2po3xafysydiwa6suvpljn0xau5i31uq

630  UnID   While trying for the Cook Islands (Rarotonga) I came across this weak Christmas music with English speech at 0742 on 12-17. This could just as easily be a west coast domestic station playing the "exotic" to fool a hopeful DXer, though. Walt says this station is a notorious underperformer  https://dreamcrafts.box.com/s/53olvqc33py6081jy17qrjwy0ms9mn5c

675  UnID-TP   Asian language co-channel mixing with NHK1 synchros at 1003 on 12-19; sounds like Chinese or Vietnamese   https://dreamcrafts.box.com/s/l7jxb9q34pgeslfn8ftn5rpbhikxofxr

729  JOCK   Nagoya, Japan  (50 kW)   Very good signal with Japanese female speech at 0856 on 12-20; slight trace of a Chinese co-channel was heard underneath at times  https://dreamcrafts.box.com/s/5huzbw1mmbc2jyf8gx5hojjyqb577ppi

**747  JOIB   Sapporo, Japan  (500 kW)   This was the strongest Japanese station overall, usually with local-like signals and never any co-channels. These NHK2 English lessons at 0913 on 12-19 were at typical strength  https://dreamcrafts.box.com/s/5v5byw2vzvw7azxhzrgsz6j591qwtxyv

801  UnID-TP   (Guam?)   During a fade in the Pyongyang BS/ Jammer signal this apparent Christian-format female vocal music was received at 0931 on 12-18, but there was nothing definite to determine identity  https://dreamcrafts.box.com/s/26c2k3bqxnv0s0qhabsg9xx8518jukdd

801  Pyongyang BS   Kimchaek, N. Korea  (500 kW)   This was the weakest of the five North Korean stations received, and it was often pestered by the South Korean "Beehive" jammer on the frequency. It was strongest at 0842 on 12-20 with this ancient vocal music  https://dreamcrafts.box.com/s/e4kr0asg24d1ujyk74zztcbdl8aepazh

**819  KCBS   Pyongyang, N. Korea  (500 kW)   Far and away the strongest North Korean station, and one of the top three Asian signals on the band each evening (along with 747-JOIB and 981-CNR1). Bizarre, ancient music and stern monologs were common, along with weird girl-group choral numbers at overpowering strength [like this one from the Moranbong Band ("Your Bosom is the Best")* at 1035 on 12-19]    https://dreamcrafts.box.com/s/gj2deffl7mjuzqr5tocsro100sfhqll9

"Let's Defend Socialism," originally by the Pochambo Electronic Ensemble** (another girl group) building in strength at 0823 on 12-20  https://dreamcrafts.box.com/s/h0gksa2xxmb8ql3ofqalo7j9o4yt1y3q  Ancient music, ID and 3+1 time pips at 0930 on 12-20 (both the country's TOH and the time pips are on the half hour) https://dreamcrafts.box.com/s/v7q9eniu9qq1f27rbq97v4c9zbni2eha

** Video at  https://www.youtube.com/watch?v=BIoOPH7kpCs   Thanks to Chris Kadlec for the information and links)

837  China Mix   Two Chinese stations were fighting it out on this frequency almost every evening, such as at 0937 on 12-20. Occasionally they were joined by the NHK1 synchros  https://dreamcrafts.box.com/s/biyl925kesbxsgwhij39x149lsv7xjs6

846  R. Kiribati   Christmas Island, Kiribati  (10 kW)   This newly rejuvenated station had awesome signals, and was overall the strongest Pacific island station received. Of all the Pacific island DU's it faded in at the earliest time after sunset, and maintained its strength even during strong Asian propagation -- as long as it managed to transmit without its signal dropping out. Unfortunately this seemed to be a pretty common occurrence while I was in Kona.

855  Jammer   South Korean "Beehive" jammer having the edge over Pyongyang BS' ancient music at 0948 on 12-18; this was the most prolific S.K. jammer in Kona, although not anything close to the old 1053 noisemaker  https://dreamcrafts.box.com/s/tzaes67fcgw8rdymhdh9n93mmt7x7r3k

873  JOGB   Kumamoto, Japan  (500 kW)   A rather modest performer for the power level, it had a weak Chinese co-channel at times, such as during this Japanese stock market report at 0904 on 12-18   https://dreamcrafts.box.com/s/bgkiq9nkxhs4exoeu0izd45n1cwg7nbl

891  JOHK   Sendai, Japan  (20 kW)   Good performance for the power level, but broadcasting on an already occupied frequency (snarling with KBS in Busan)  https://dreamcrafts.box.com/s/9189zf266ul3qwkw59n7inbyzrms33ym

**909  UnID-Chinese   Bizarre chanting by children in apparent Chinese at a very strong level at 0956 on 12-18; Chris Kadlec says this may be from CNR6 (1000 kW) in the Hakka dialect   https://dreamcrafts.box.com/s/0siovz0ojkty9ocy0gzl40bnfrp7qxpo  A somewhat extended version of the above recording is linked below, with various other TP's mixing in at times https://dreamcrafts.box.com/s/ze1djtse64rzemp4q0aeehqlw24n6xg4

918  UnID-Japan   Japanese intonation by female speaker at 1029 on 12-19, but nothing definite to determine which one of four Japanese stations is in the mix with Shandong  https://dreamcrafts.box.com/s/6vo2vgwdev2jzm6vnovu2ddkucaxwojm

**981  CNR1 Synchros   Changchun/ Nanchang, China  (200 kW/ 200 kW)   This was one of the three strongest Asian signals during the trip (along with 747 and 819), with awesome strength every night after about 0800. It was easily capable of running S9+ on the modified Ultralight alone, and never allowed a trace of any co-channel.

1053  China   (Hubei?)   One of the stronger Chinese stations, capable of hitting S7 at times. It would usually snarl with JOAR, occasionally dominating the frequency   https://dreamcrafts.box.com/s/4a36b4o75jryao2oxpzpdgi6t89nw9vd

1098  R. Marshalls (V7AB)   Majuro, Marshall Islands  (25 kW)   This station was very strong in Kona with its island music every night, and rarely had any Asian co-channels.

S9 Island music and native language speech (and possible ID) across the 0700 TOH on 12-17 https://dreamcrafts.box.com/s/plc05sfu6nffulhpaq64v4nzs2jzm7ow

**1134  JOQR   Tokyo, Japan  (100 kW)   Far and away the strongest Japanese commercial station, this broadcaster ran roughshod over the presumed KBS co-channel. Fast-paced conversation and rock music was at S9+ strength at 0945 on 12-20  https://dreamcrafts.box.com/s/vuz44h2ei0bxrl2e006jg1q2em27mduz

1431 UnID-TP   A fairly strong Asian station was on this frequency at 0855 on 12-18, playing vocal music in apparent native language at first, before switching to English for “O Holy Night”  https://dreamcrafts.box.com/s/c387erhd4d60nvwoo6s6yzmm47it5m3z

1440  R. Kiribati   Bairiki, Tarawa, Kiribati  (10 KW)   Somewhat weaker than its rejuvenated 846-Christmas Island parallel (which has variable programming delay times, as explained above), this home transmitter could hold down the frequency until around 0800 every night, after which it was usually hammered by JOWF in Sapporo. Despite this it often put up a good fight until its new sign off time of 1009, and it continues to use the loud 1000 Hz tone right before the power is cut (an awesome aid for DXers hoping to ID the station through heavy QRM). 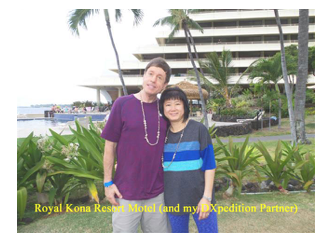 Typical island language speech and strength level at 0830 on 12-18, just as it is starting to get jumbled by JOWF (a Japanese female "Sapporo desu" ID is at 25 seconds)      https://dreamcrafts.box.com/s/7kc0bmbzt0beglp6saca5xc6cb6sipi2

Full sign off routine at 1005 on 12-19, including the National Anthem and the 1000 Hz tone before the power is cut. The tone gets through the JOWF QRM like a DXer's dream https://dreamcrafts.box.com/s/79v68rumi2mcmamxgu1vy5rwn989z4bp

**1593  CNR1   Changzhou, China  (600 kW)   After 981 this was the strongest Chinese station, but it could never quite shake off its pesky NHK2 co-channel. This Chinese female speech was mixing with NHK2 English lessons at 1003 on 12-20  https://dreamcrafts.box.com/s/py5yq9vhrbu8bryhhahjdl2de84peljz

1611  DWNX   Naga City, Luzon, Philippines  (5 kW)   (Thanks to Hiroyuki Okamura, Satoshi Miyauchi and Mauno Ritola for ID help)    Received at 0855 on 12-19, this station was a mystery until the Japanese friends matched the advertising format with that of a new, unlisted station which just came on the air in the Philippines. The propagation apparently got a major boost during sunset at the transmitter https://dreamcrafts.box.com/s/s12yozghmuy3bwm9ionb79gfev85bjsa

We have 43 guests and no members online